This is the true story of the amazing miracle Jesus gave to our dearly beloved Yellow Labrador puppy. It was great fun taking Jess to Dog Club every Friday, where he was learning to be a good Labrador! The troubled teenager we were fostering at that time came to Dog Club with us. It was somehow therapeutic for her to be there. 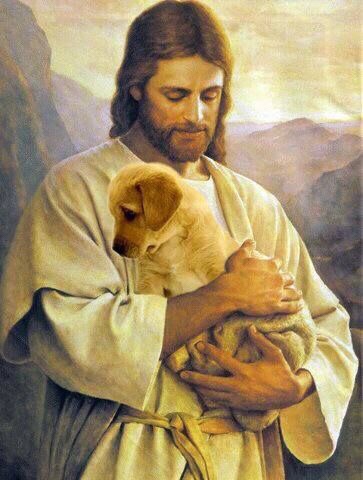 At Dog Club Jess had a great friend: a Chocolate Labrador bitch called Fido. How those two messed about together! They quickly became friends for life. It was so cute to see them together. 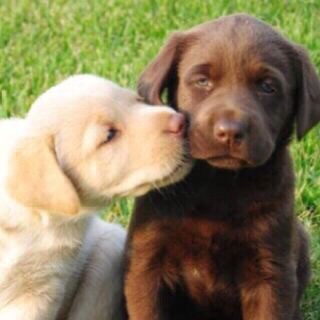 Weeks went by and Jess was growing quickly. However, to our consternation, he began to squeal in pain and limp as he walked. Something was terribly wrong with him. We were all heartbroken to see our beloved puppy in such distress. The dog trainer said that Jess had a hip problem, and recommended a local vet who specialised in large dogs and looked after our county’s Police dogs. 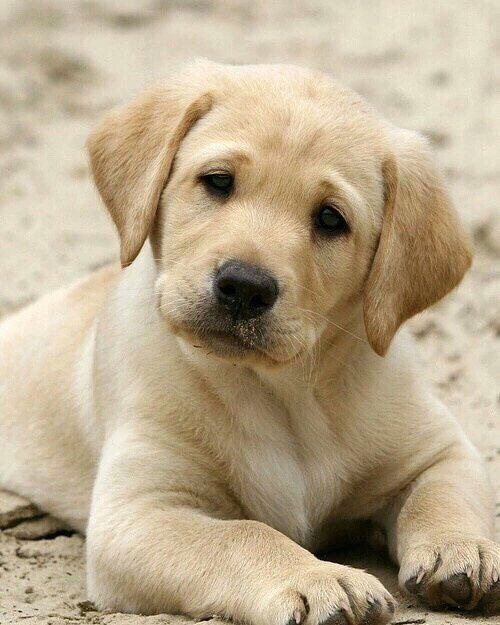 We made an appointment for Jess. The vet took x-rays. To our unspeakable horror, we saw that although one of Jess’s hips had a perfectly formed U-shaped hip socket, the other side had only a tiny one-inch piece of bone. In other words there was no hip socket on that side! The news was not good: either Jess must have an immediate hip replacement ‘op or be put down straightaway. There was no way we could afford that operation — the vet’s fees were simply astronomical!

However, we were not without hope. When you know Jesus there is always hope. Always! We left the surgery, telling the vet we would “think it over” but we knew already in our hearts exactly what we would do: we would entrust the whole tragic situation to our Best Friend — our Lord Jesus. This was a perfect opportunity for us to be an example to our foster daughter, too, and exercise childlike faith. 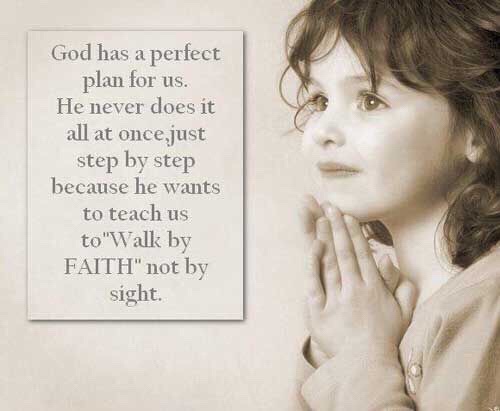 What would you have done, I wonder? Jesus showed us step by step exactly what to do. In the same way that the Apostle Paul wrote to the church at Corinth in the first century, that is how we were to respond. Paul wrote in 2 Corinthians, 5:7 “We walk by faith, not by sight.”

So my husband and I began learning to ‘walk’ by faith, keeping our eyes on Jesus, and not dwelling on what our eyes could see. I mean that we had to take our eyes off the problem and not dwell on the horrendous condition of our pet. His plight was heartbreaking: what we could see was that Jess was limping badly; what we could hear was his pitiful squealing in pain. Our eyes had to be fixed on Jesus who, after all, loved Jess even more than we did. Boy! Was this a steep learning curve for us! 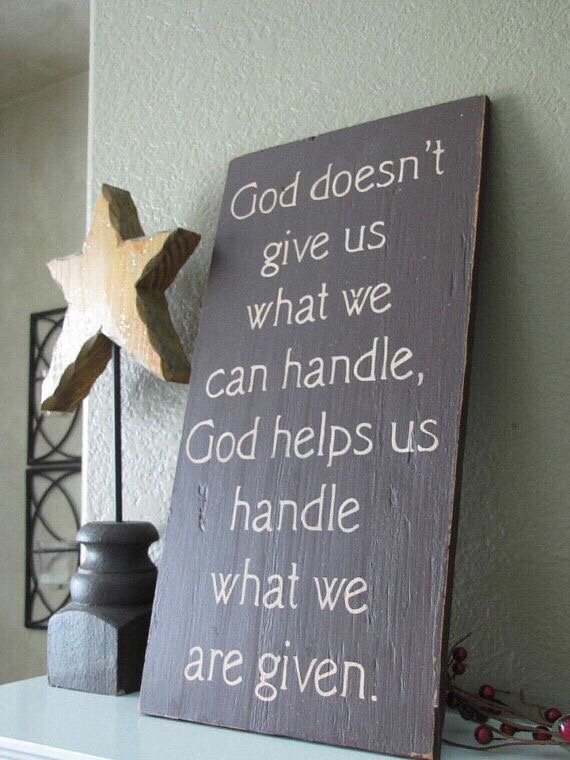 We knew without a doubt that there is absolutely nothing that our God cannot do. We had faith, but was it strong enough for a miracle? Nothing less than a creative miracle from the Creator would meet Jess’s need. In simple childlike faith we asked God to heal our beloved puppy. We needed a Scripture to encourage our faith: something unshakable to stand on. Our attention was drawn to the letter of the Apostle Paul to the church at Rome. In chapter 4 he writes about the faith of the great Patriarch Abraham. In advanced old age, Abraham still had no son; but God had promised him twenty-five years earlier that he would have a son and that his descendants would be numberless (See Genesis 15:5).

In Romans 4:17 (The Amplified Bible) the Apostle writes something staggering! He states that God “gives life to the dead and speaks of the nonexistent things (that He has foretold and promised) as though they already existed” See also Genesis 17:5. We are encouraged in the New Testament to imitate God so, we thought, if God declares something exists before it actually does, we can do that too — in faith — in expectation.

However does that work? Well, my husband and I simply began to thank God for giving our puppy a new hip. We expected it to happen. Real faith is expecting whatever it is we need to become reality. Faith is not at all complicated. Our Jess had no difficulty receiving his miracle from Jesus; he did not have any doubt, and neither did we!

Dogs can be very sensitive to spiritual things. Every day Jess would come up to me several times throughout the day, and nuzzle between my legs as I stood, pushing through until his head was behind me and his poorly hip was in front of me. He would wait there for prayer, wagging his tail in excitement. I laid one hand on his poorly hip, holding my Bible in the other. How I wish you could have seen him! I read out loud from my Bible and my husband and I prayed, thanking God together for the miracle Jess needed.

Romans chapter 4, verses 19 – 21 in the Amplified Bible (which gives the full meaning of the original Greek language) provide us with a beautiful picture of the faith of Abraham. My husband and I endeavoured to be like Abraham who, “did not weaken in faith. . . No unbelief or distrust made him waver (doubtingly question) concerning the promise of God, but he grew strong and was empowered by faith as he gave praise and glory to God, Fully satisfied and assured that God was able and mighty to keep His word and to do what He had promised.”

Time after time, day after day, after day, as Jess would come expectantly to us for prayer, we would pray over him, declaring our faith, telling the Lord that we were not wavering or questioning Him, but that we praised Him with all our hearts for His answer, giving all the glory to Him.

Time went by. Jess continued to come several times a day whenever he wanted prayer. One day Jess’s best friend at Dog Club, the Chocolate Labrador, Fido, came to tea with her mistress. My friend took one look at Jess and said, “Your dog is still limping!” I did not deny it; that would not have been honest! However, I used the word that Jesus Himself used in Mark 16:18, KJV, when talking to His disciples about praying for the sick. Jesus said, “they shall lay hands on the sick and they shall recover.” I simply replied, “He is recovering!” Was there any evidence of that? No, not yet, but when you are in faith, you know that God is at work, and you do not speak negatives or pay any heed to contradicting circumstances. That is paramount, and it is precisely at this point that we can fail to receive a much-needed miracle.

Three weeks went by and our precious prayer times with Jess continued. He kept coming up to us, nudging us waiting to be prayed with several times a day, day after day, after day. . . Until one glorious morning, as I was working in the kitchen, I happened to look through the window to see Jess in the garden, leaping high in the air — full of the joys of spring — beside himself with joy… from limping to leaping indeed! 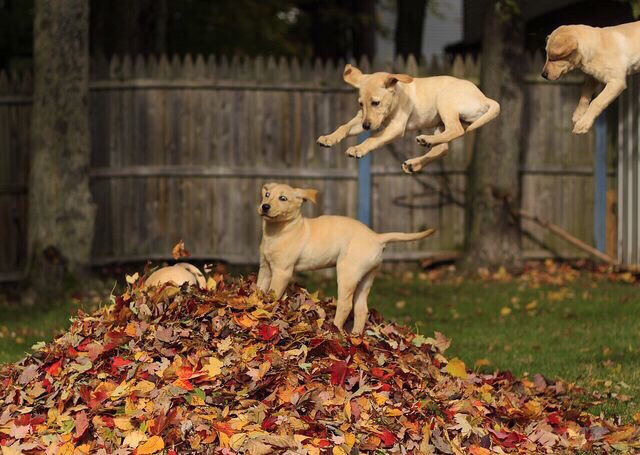 A request for a further hip x-ray showed us what we already knew: Jess now had two perfect U-shaped hip sockets – to the glory of God! I think the vet was in shock! I must point out that my husband and I had done nothing extraordinary. We had simply followed the clear guidelines in the Bible. God always backs His Word as we speak it in faith. Always. By that I mean that if we speak according to what God says in the Bible, without doubting in our hearts, He will honour our faith.

If you know anyone who does not believe that Jesus rose from the dead, that He is alive and that He still performs miracles today, tell them to watch this space, because there’s 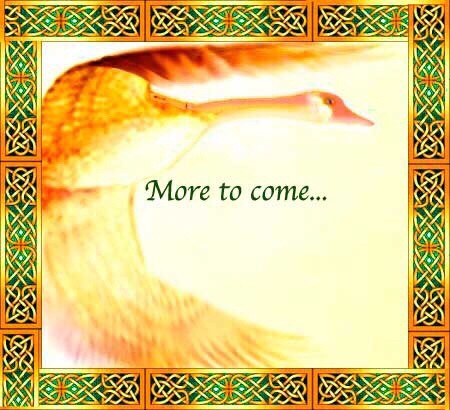 This creative miracle took place many years ago and Jesse is now leaping about happily in Heaven. Unknown to my husband and me, God was preparing us both for the Mission Field by stretching our faith to the uttermost. It had been heartbreaking for us to see our beloved Labrador puppy suffer such pain. We were to witness indescribable suffering in India in years to come, and our faith had to be strong in order to be able to pray in unshakable faith for those desperately needy Indian people.

There is a need for much more teaching on the simplicity of really childlike faith. Many of us in the West are so sophisticated; it’s as though we think that simplicity is beneath us. Hmmm… take a look at what Jesus said in Matthew 18 about little children.

Recently, a close family member, who is very dear to me, also had a serious hip problem. His hip had been neglected far too long and the bones had become fused together. At a hospital consultation, he was told that it would be a complex operation – much less straightforward than it would otherwise have been. In fact, the consultant said he was astounded that that he could even manage to shuffle slowly with two sticks, an inch at a time!

Jesus spoke to me, telling me to pray with him for total healing. He reminded me of how we had trusted Him to heal our beloved puppy so many years previously. Jesus said, “Do what you did then!” Jesus was referring to the simple childlike faith we had moved in – never doubting for a moment that Jesse would be totally healed. We had flatly refused to listen to negative comments from anyone at all. I prayed for this dear one and, at the time of this update, we are mid-miracle. Every day shows the healing hand of God at work.

I was born in England in the middle of WWII. I am a retired Spanish and French teacher, and in later years I became a Bible School lecturer. My husband and I have been very happily married for fifty-one years. We have three children and three grandchildren. The most important choice I made in my life was to ask Jesus Christ to come into my heart and be my Saviour. I was born again during my first term at university in 1961, after searching for the truth for several years. Jesus has brought me into a beautiful, close, intimate walk with Him and I chat to Him often throughout the day. When my husband and I took early retirement we worked as missionaries in India. We were privileged to see awesome healing miracles, and many lives transformed by the power of God. I have also worked for Jesus in Spain, France and South Africa. It is very much on my heart to write about the breathtakingly wonderful things I have seen Jesus do, and to encourage others to trust Him for themselves. The Lord has always been there for me through the almost sixty years I have known Him. He has never let me down, and His grace is always more than sufficient in times of need. Jesus shows His boundless love for me in so many ways. Truly, I am So Greatly Loved. View all posts by sogreatlyoved

One thought on “From Limping to Leaping: Our Puppy’s Creative Miracle”

This is a text widget. The Text Widget allows you to add text or HTML to your sidebar. You can use a text widget to display text, links, images, HTML, or a combination of these. Edit them in the Widget section of the Customizer.
Loading Comments...
%d bloggers like this: